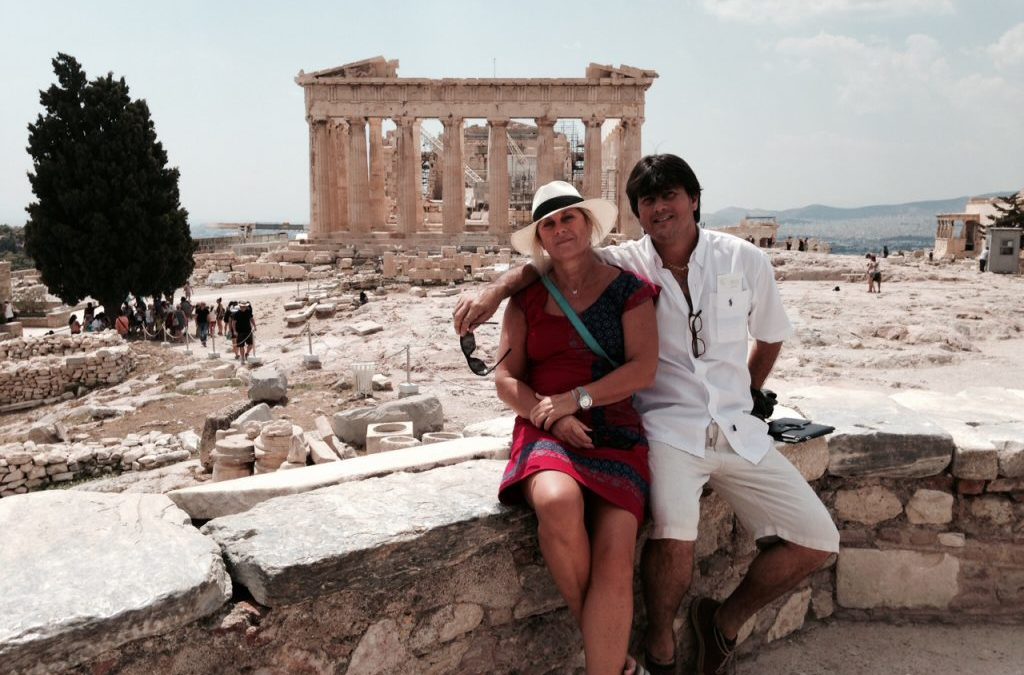 Elisabeth and Ricky’s recent excursion in Greece began as a hunt for olive tree furniture. The Rustic Gallery’s owners hoped to find some new signature pieces that are nearly impossible to come by this side of the Atlantic. Upon arriving in Greece, though, they came to an important realization: because Greek houses are so small, the furniture is not nearly the size we are used to seeing in Texas and wouldn’t be a good fit for their customers.

Olive tree furniture out-of-the way, Elisabeth and Ricky set their mind on Byzantine and Orthodox Church religious art that would catch just as much attention in a museum as they would on a living room wall in the United States. Their quest took them to the Cyclades Islands where they stumbled upon hand-carved and hand-painted Icons on tree stumps, antique wood bowls and wood panels in the pure traditional art style of Byzance.

Icons are images of religious figures or scenes. Deeply revered by the members of the Eastern Orthodox Church, they are regarded as dematerialized ideal forms and the very act of painting them is regarded as a form of worship. Icons depict Jesus Christ, the Virgin Mary, the saints and scenes of the Old and new testaments and are believed by many to have healing powers and the ability to bring luck, wishes and even miracles. These beautiful and unique pieces are now on display at The Rustic Gallery. 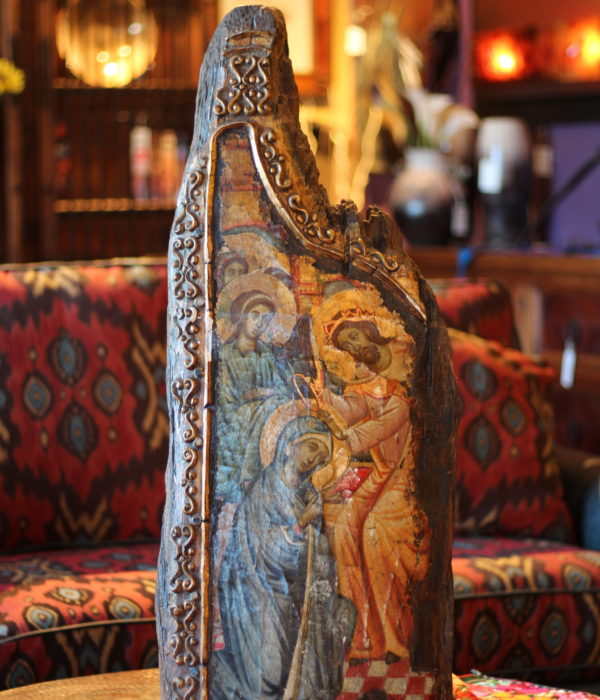 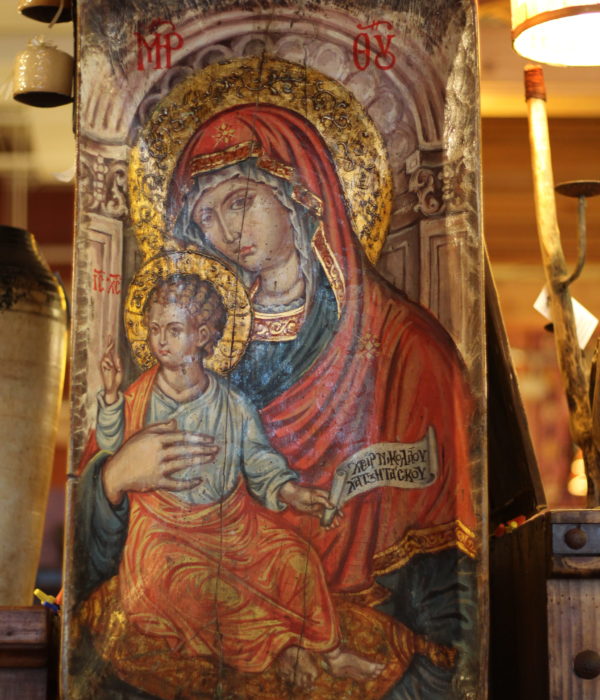 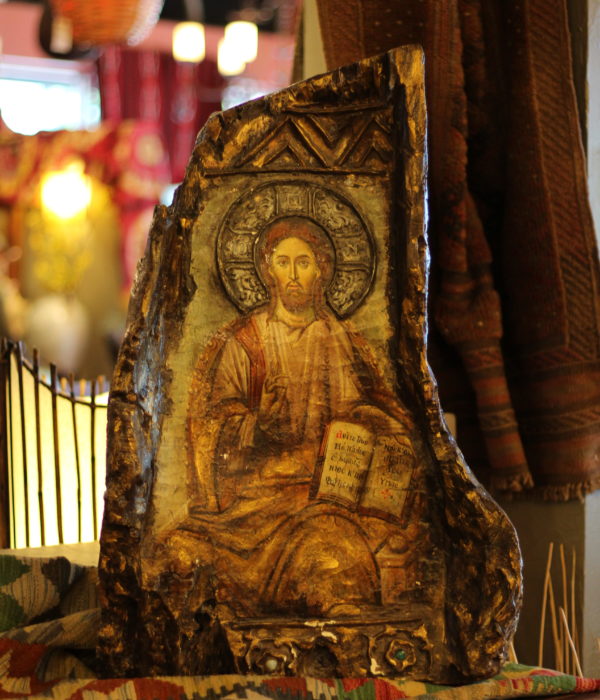 A Quest for Furniture in Peru brings back Colorful Textiles

Do you own a piece of Rustic Gallery furniture in your own home? We’d love to see it! Share a picture by tagging us at @therusticgallery.com

Subscribe to be notified of sales and new inventory!

©2018 The Rustic Gallery. All rights reserved.
Designed by Digital Wheelhouse